This was one of the most memorable weeks of my life with a massive climax on Sunday evening when after 12h6m I crossed the finish line. Exhausted and tired but was flying high.
I did something which only 2 years ago I would have considered impossible. I’ve completed one of the hardest races in the world and become an Ironman.

The race.
First was a 3.8km swim in the warm Mediterranean sea. 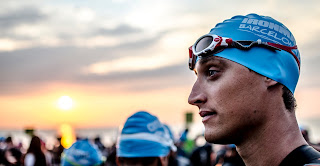 I had self-seeded myself at around the 1h 30m mark and I left the water after only 1h 12m. 18min faster!
I could hardly believe it. All the hard training in the cold Scottish water had paid off. 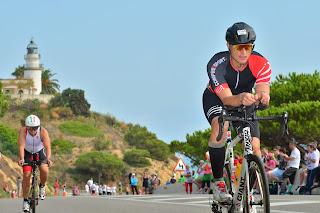 A fast transition and I were off for a 180km cycle. I managed to keep an average of 31km/h and finish in 5h 45min. Again, 15min faster than predicted. Not bad for a first-timer.
Another transition and I were ready to face the marathon.
I felt very strong after the first 20km of running, averaging 6min/km. I was already predicting a finishing time under 11h…
And then I hit the wall. 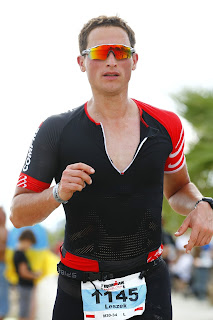 My bowels gave up on me and I was in a very dark place. Words cannot describe this feeling, it’s like entering a black hole without a chance of getting out.
Luckily my new friend Darek, who I was running with for the last 10km, decided to keep me company.
We had met only 2h before when I found him sitting next to a portacabin with his head between his knees. A few words of encouragement and he was back in the game.
Now he was saving my skin. It always pays to be nice.
Eventually, we split up and Darek ended up crossing the finish line 3 minutes before me. Well done!
But back to the race. There was another 10km to go and I discovered that although I couldn’t run, as my bowels were getting worse and worse, I could sprint and walk.
So I did it. I would run like crazy to the next lamp post or tree and then walk until someone caught up with me. And I would repeat it again. And again. Whatever it takes. Just keep going.
When I passed the 40km mark, I knew I had done it. A shy smile showed on my face. This smile would grow into a massive grin when I saw the finish line.

People were cheering and screaming, disco lights flashing, music pumping. My wife and support team were shouting at me wanting my attention. But I didn’t hear it, everything seemed to be muffled and behind a smoke screen. I was the happiest man on the planet! I was an Ironman!

previousHow to come back after a long break from fitness?
nextHonest Personal Trainer Cheat Sheet.